It’s another Friday, and this week we have the impact of Google’s delay in 3rd party cookie blocking, a look at the leader’s relationship to risk (particularly in market upheavals), and the sharp decline in fintech valuations and funding.

Richard Lawler of The Verge writes on Google’s announcement this week they are again delaying the blocking of 3rd party cookies in the dominant Chrome browser, now to the 2nd half of 2024.

In a blog post published today, Google Privacy Sandbox vice president Anthony Chavez writes, “we now intend to begin phasing out third-party cookies in Chrome in the second half of 2024.” Regulatory pressure spurred a previous delay that pushed the window into 2023, but its current development approach (if not the underlying technology, so far) does have approval from the UK’s Competition and Markets Authority (CMA), so this could be the last time it’s pushed back.

This may come as a sigh of relief, particularly to platform and ad-tech companies scrambling unsuccessfully so far to find workarounds to this and Apple’s ATT efforts. However, the momentum is clearly in the direction of more privacy leading to less effectiveness in 3rd party driven targeting of consumers. Being a privacy-first, 1st party data-driven financial service provider is an open market with little competition. In the next 18-24 months, when most of the players will be pushed into that pool, the game will change to catch up out of necessity. 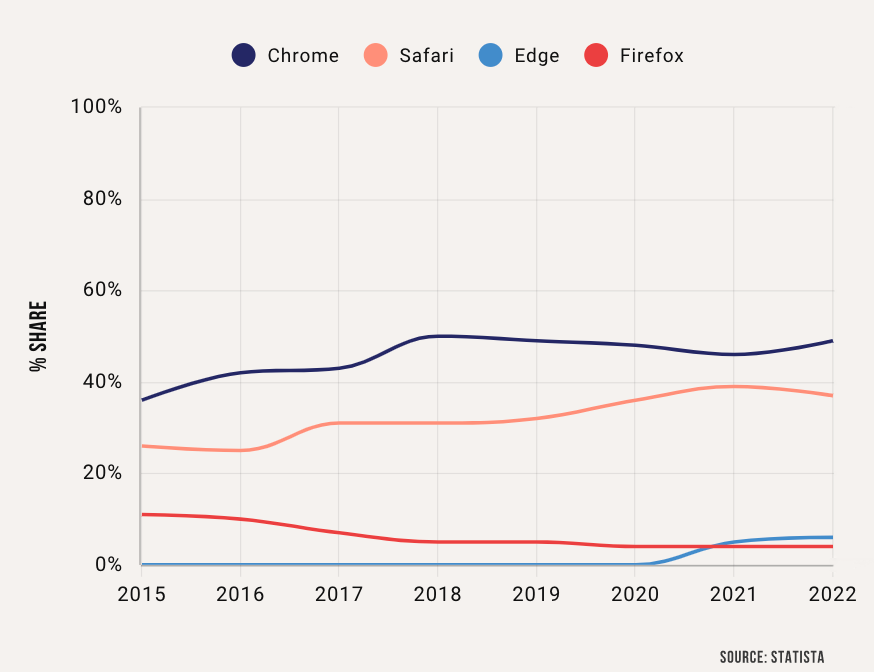 Jason Fried, co-founder of 37 Signals and their market leading Basecamp app, writes on the role leaders play in ensuring their organizations don’t atrophy.

“Risk tolerance is the scarcest resource in most companies.” I just love how that’s framed.

This one’s a bit more obvious — the larger the company, the more risk averse they are, even if they’re still founder-led. But it’s not just a pure function of size, which is the typical conclusion. No, it’s about distance. The further away a founder is from would-be risky decisions, the more likely those decisions will be safe decisions. It’s only natural.

It’s my job — my obligation, really — to fill the coffers with risk. It’s my role to make sure there’s an ample supply. No one else will produce it, and few will introduce it. The more it’s drained, the more it needs to rain.

While the company at large is focused on results, founders should be focused on taking chances.

(also, a tip of the hat to working Jack White into the narrative)

John Adams at American Banker runs down the sudden collapse in valuation for fintech firms and how that’s effecting their operations and product roadmaps.

Klarna, which recently raised $800 million at a valuation of about $6.5 billion. That’s far less than its $45.6 billion valuation in the summer of 2021. Klarna also fired about 10% of its staff, and faced criticism for publishing the names of the fired employees on social media. Klarna has remained active in product development, rolling out a plastic Visa debit card in June and launching a marketing campaign at Macerich-operated shopping malls.

This drop in valuations follow the 3rd straight quarter of declining investment in fintech, although still well above historic levels.

And that’s it for this week. To quote the late Bill Paxton “Yeah man, but it’s a dry heat.”. How’d we do, scale from 1-5? Let us know at blog@mindspaninc.com and share below before it’s game over.